Located in the Aegean Region, the heart of the Antique World and at the crossroads between Europe and the Middle East, city of Pergamon once was an important cultural, scientific and political centre. Pergamon was founded in the 3rd century BC as the capital of the Attalid dynasty.
Monumental temples, theaters, stoa or porticoes, gymnasium, altar and library were set into the sloping terrain surrounded by an extensive city wall. The rock-cut Cybele Sanctuary lies to the north-west on another hill visually linked to the acropolis. During the Roman period, Pergamon maintained its significance and developed further becoming “the most famous and magnificent city of the Asia Minor”, as described by the 1st century AD philosopher and author Pliny the Elder. City was the capital of the Roman province of Asia known for its Asclepieion healing centre. The acropolis crowns a landscape containing burial mounds and remains of the Roman, Byzantine and Ottoman empires in and around the modern town of Bergama on the lower slopes. 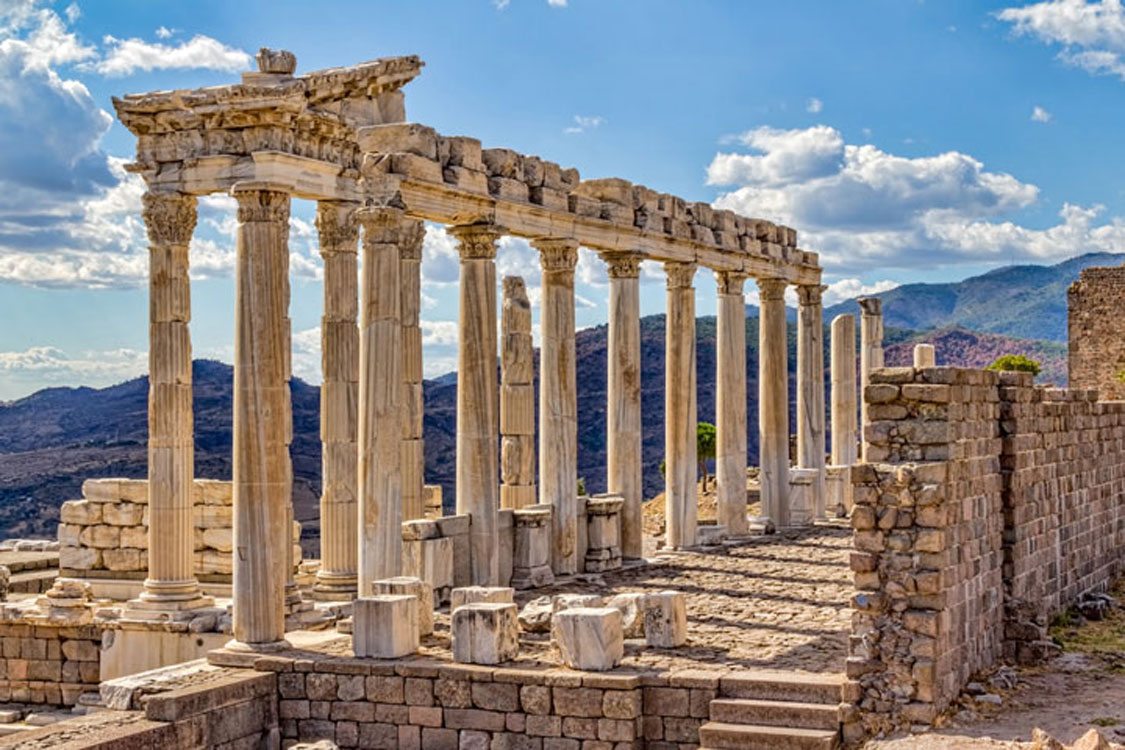 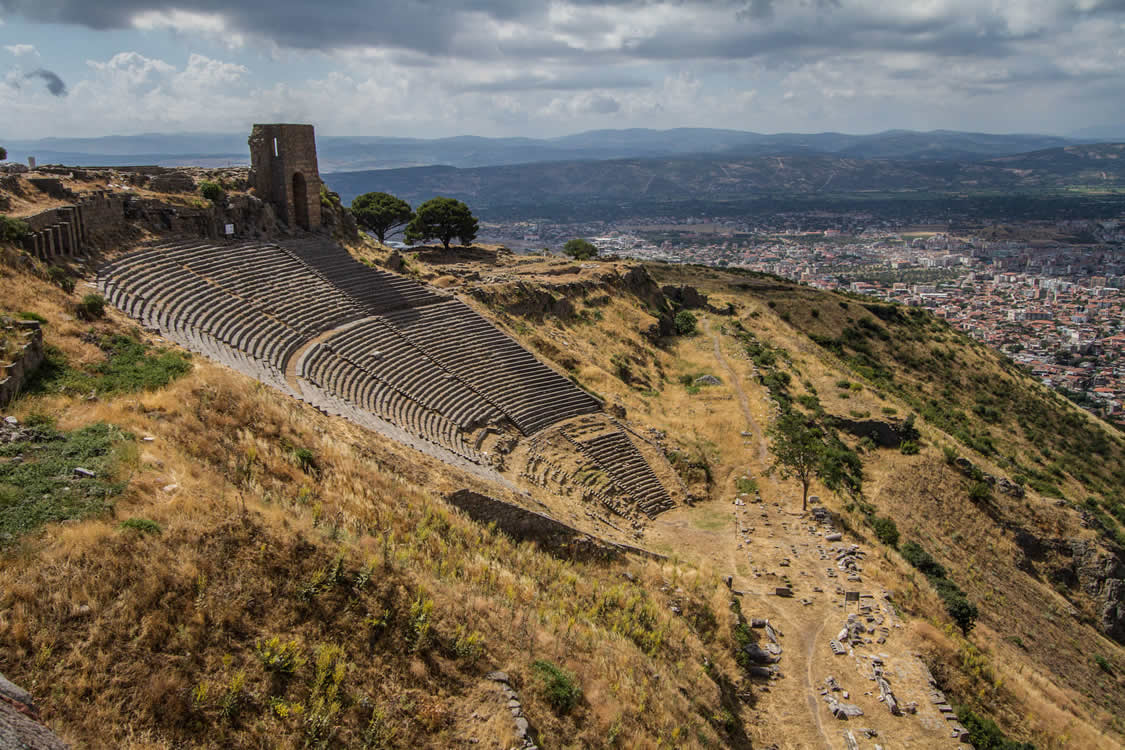 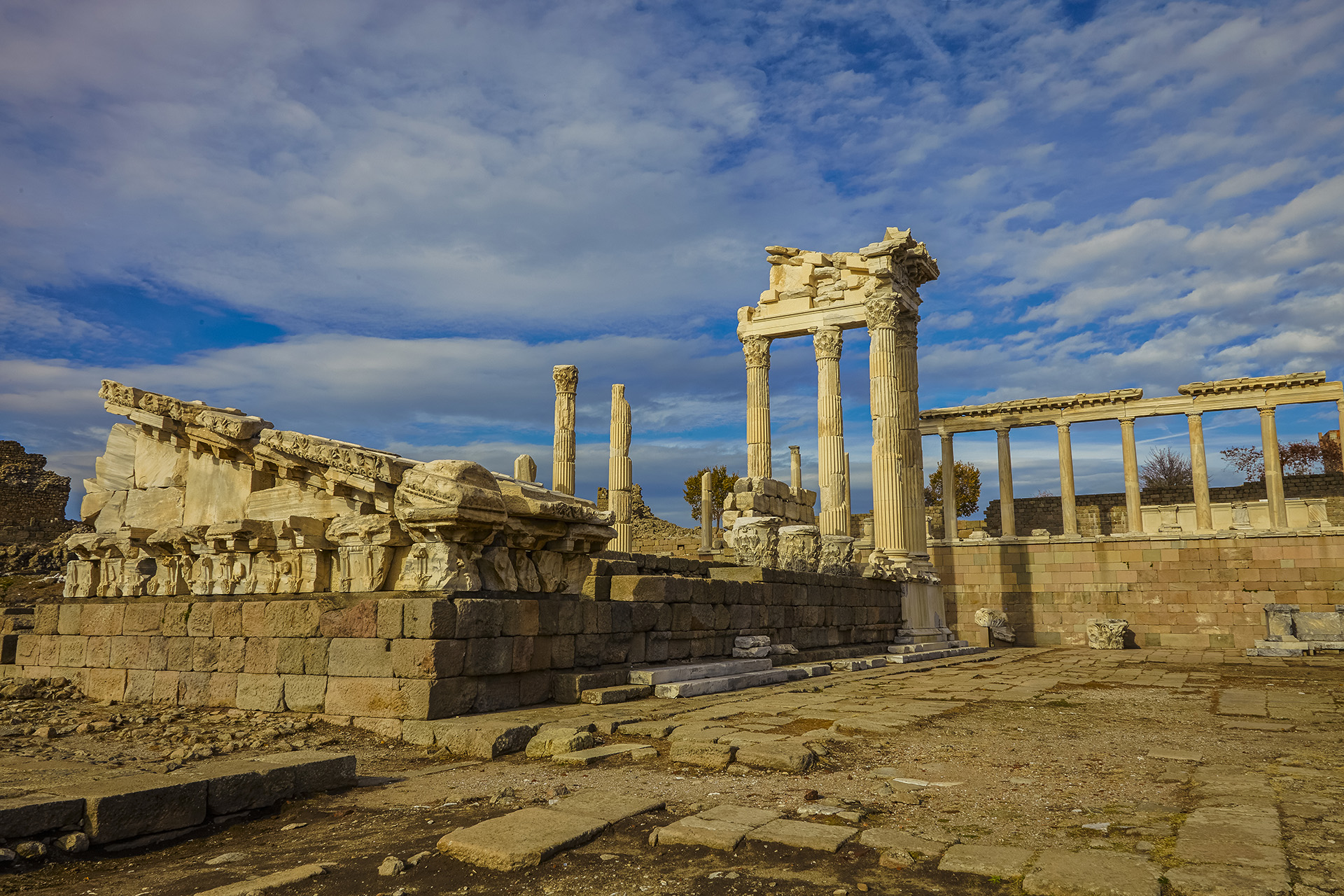