Trading center of ancient world
Once an ancient Roman city of Ephesus, comprises successive Hellenistic and Roman settlements founded on new locations. Those serial sites show the long settlement history of the place, each of them making an important contribution to overall value of Ephesus. It is the home of
grand monuments of Library of Celsus and Great Theatre from Roman period, remains of Temple of Artemis, one of the seven wonders of the world and also the House of the Virgin Mary. Ephesus is an exceptional testimony to the cultural traditions of Hellenistic, Roman Imperial and early 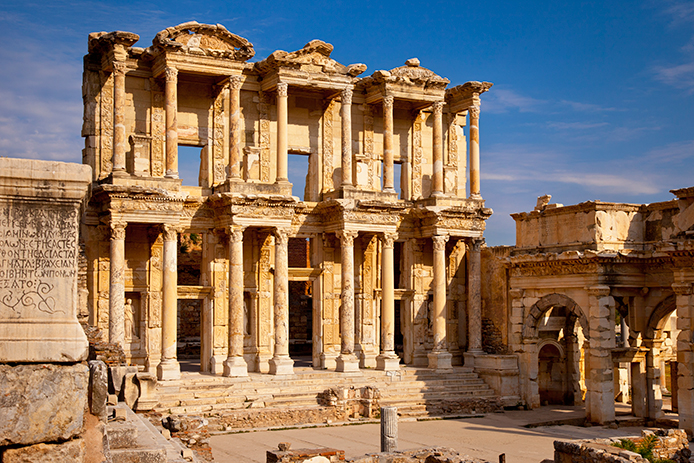 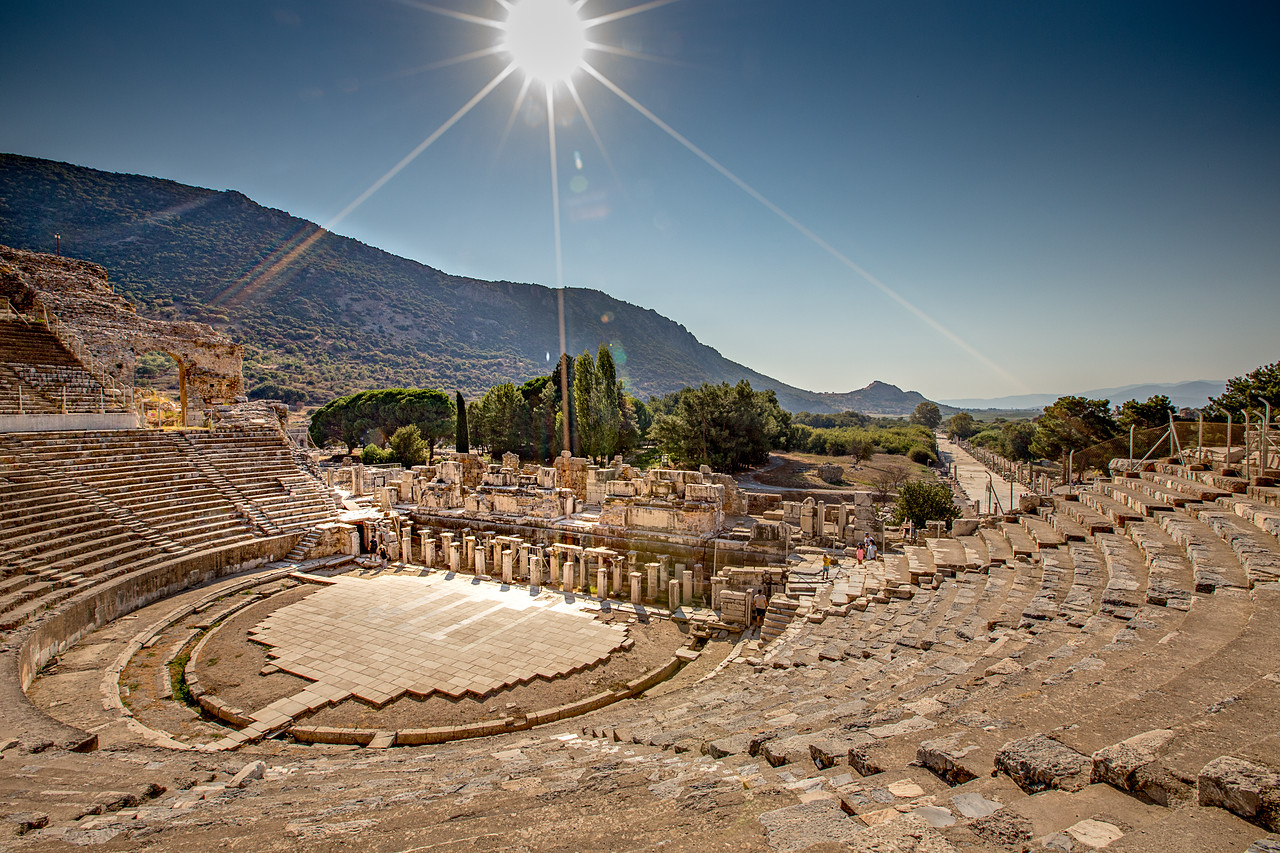 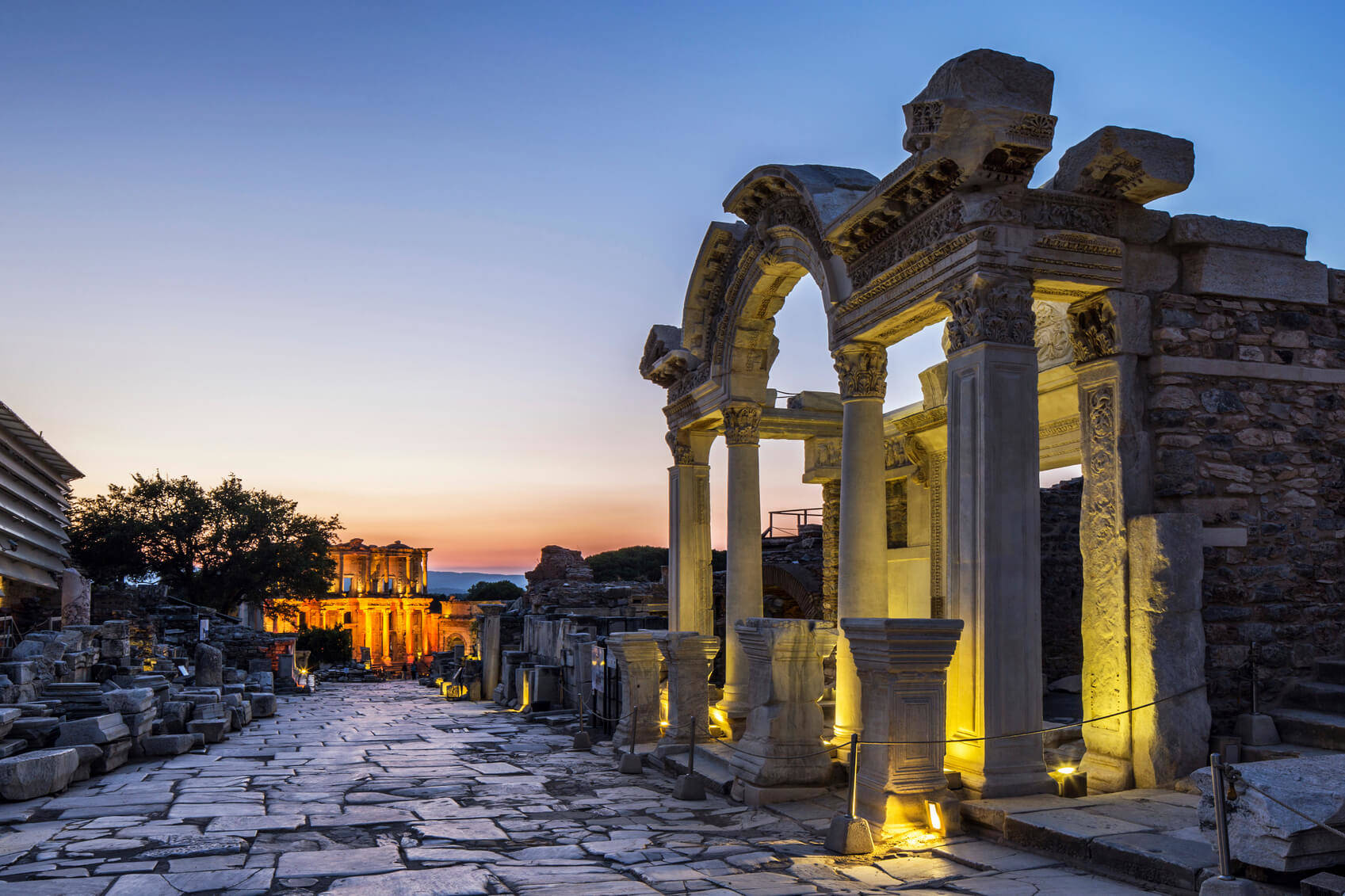 The Temple of Hadrian / Ephesus

Ephesus was founded as an Attic-Ionian colony in the 10th century BC on a hill (now known as the Ayasuluk Hill), three kilometers (1.9 miles) from the centre of ancient Ephesus (as attested by excavations at the Seljuk castle during the 1990s). The mythical founder of the city was a prince of Athens named Androklos, who had to leave his country after the death of his father, King Kodros. According to the legend, he founded Ephesus on the place where the oracle of Delphi became reality (“A fish and a boar will show you the way”). Androklos drove away most of the native Carian and Lelegian inhabitants of the city and united his people with the remainder. He was a successful warrior, and as a king he was able to join the twelve cities of Ionia together into the Ionian League. During his reign the city began to prosper. He died in a battle against the Carians when he came to the aid of Priene, another city of the Ionian League.[20] Androklos and his dog are depicted on the Hadrian temple frieze, dating from the 2nd century. Later, Greek historians such as Pausanias, Strabo and Herodotos and the poet Kallinos reassigned the city’s mythological foundation to Ephos, queen of the Amazons.

The Greek goddess Artemis and the great Anatolian goddess Kybele were identified together as Artemis of Ephesus. The many-breasted “Lady of Ephesus”, identified with Artemis, was venerated in the Temple of Artemis, one of the Seven Wonders of the World and the largest building of the ancient world according to Pausanias (4.31.8). Pausanias mentions that the temple was built by Ephesus, son of the river god Caystrus,[21] before the arrival of the Ionians. Of this structure, scarcely a trace remains

Ephesus was an important centre for Early Christianity from the AD 50s. From AD 52–54, the apostle Paul lived in Ephesus, working with the congregation and apparently organizing missionary activity into the hinterlands.[45]Initially, according to the Acts of the Apostles, Paul attended the Jewish synagogue in Ephesus, but after three months he became frustrated with the stubbornness or hardness of heart of some of the Jews, and moved his base to the school of Tyrannus (Acts 19:9). The Jamieson-Fausset-Brown Bible Commentary reminds readers that the unbelief of “some” (Greek: τινες) implies that “others, probably a large number, believed”[46] and therefore there must have been a community of Jewish Christians in Ephesus.