A groundbreaking archeological finding. Once upon a time 11,500 years ago…
History of mankind is being rewritten. One single archeological site recently found in south-east Türkiye has been shaking the scientific community and forcing the history is to be written. Following 25 years of excavations, 11,600 years old Göbekli Tepe (Hill with Belly) has been
opened for visitors in 2019. Apart from being a well preserved and very old site (7,000 years older than England’s Stonehenge and 7,500 years older than the Egyptian pyramids), Göbekli Tepe has been changing a fundamental presumption about human history. 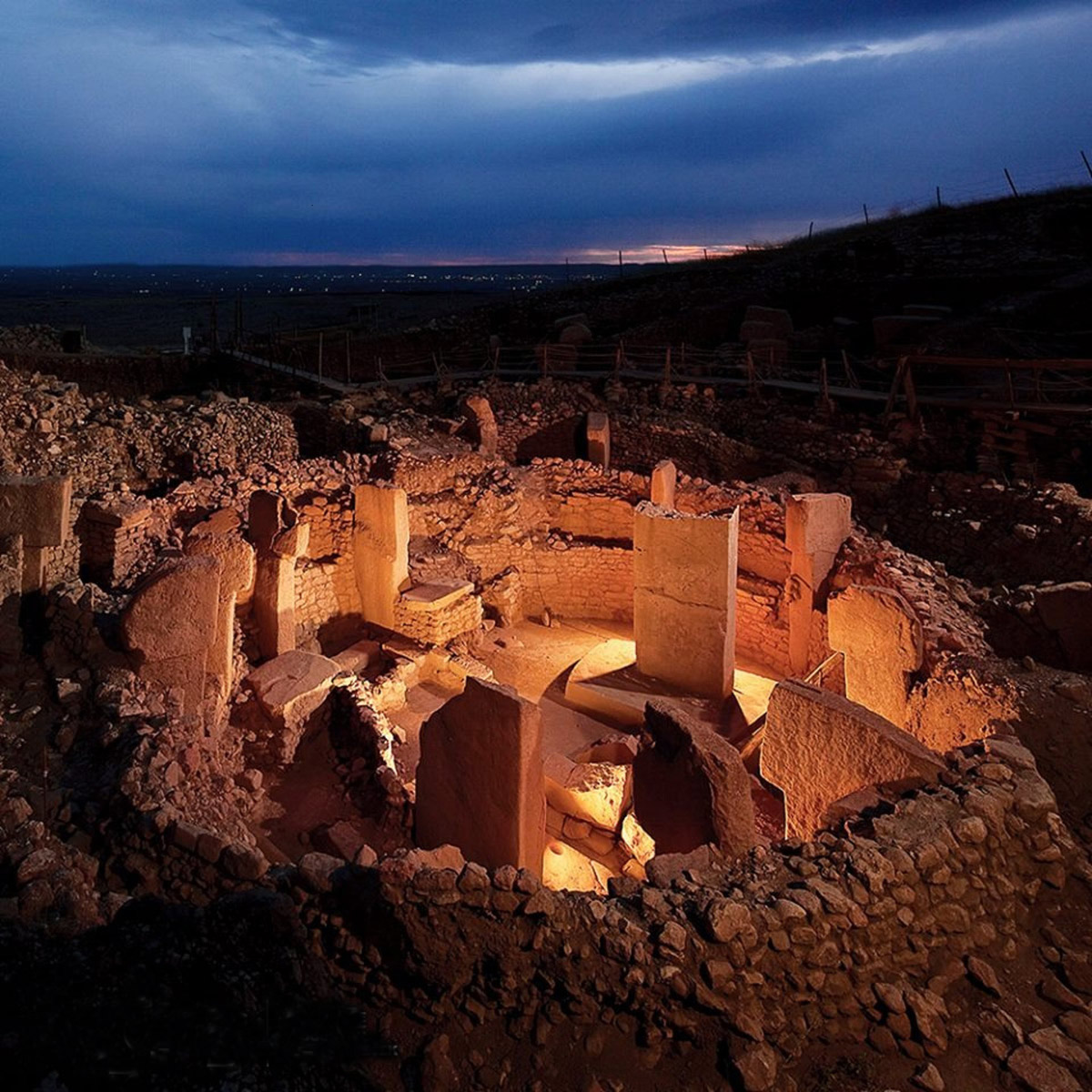 Before Göbekli Tepe, archeologists only had evidence of farming and settlement communities being able to construct temples and social structures. Göbekli Tepe however, was built by hunter-gatherers. The sculptures and megalithic architecture which make up what is perhaps the world’s
earliest temple at Göbekli Tepe, predate the invention pottery, metallurgy, writing, the wheel and also most stunningly the beginning of agriculture.

The construction of a large complex social site such as this one took a large amount of organization and resources that archeologists did not know was possible by hunter-gatherers. Itwas believed that hunter-gatherers needed too much free-time and land to gather food to collect in large enough communities to build such monuments.

The stones weighed over seven tons and would require hundreds of works to carve, erect, and bury. In order for this to happen the workers
needed to be housed, clothed, and fed which is why the city nearby shows signs of becoming a farming community with 1,000 years of the construction of Göbekli Tepe. This might mean that the construction of this site actually laid the foundation for a complex society to form.

Göbekli Tepe shows that sociocultural changes were developed before agriculture. The fact that hunter–gatherer peoples could organize the construction of such a complex site as far back as the 10th or 11th millennium BC not only revolutionizes our understanding of hunter-gatherer culture but poses a serious challenge to the conventional view of the rise of  civilization .